Malta is known for its crystal clear waters and 300 days of sunshine a year, but there are very few sandy beaches. The island is a “rock”, so you’ll find a variety of beautiful rocky coves, limestone cliffs and natural pools, but sandy beaches are very few. In this article we show you the best sandy beaches on the island of Malta.

#1 Blue Lagoon (Comino) – one of the best beaches in Malta

Comino can be easily reached from the island of Malta by ferry from Ċirkewwa Terminal or by ferries from Gozo if you are staying on this island. 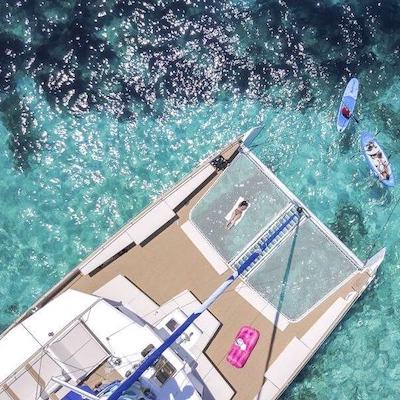 The best activities in Malta

Ghajn Tuffieha Bay is one of Malta’s best sandy beaches, also known as Riviera Bay, located just behind Golden Bay. It is considered by many to be the most beautiful beach in Malta due to its natural reddish sand, turquoise water and small number of tourists. And this is absolutely understandable, because to get to the beach you have to walk down the 180-step staircase. It is also here that you can enjoy the spectacular and unique sunset with Singita and its ritual of saying goodbye to the day to the rhythm of gongs, a place of positive vibes and unparalleled atmosphere.

If you like walking you can enjoy breathtaking views and see Ghajn Tuffieha Bay beach and Golden Bay beach at the same time from the high cliff in the middle of the two beaches. The more adventurous can try to reach the hidden beach of Qarraba Bay for even more peace and quiet, but beware, access is dangerous. This hiking trip makes for a very peaceful and pleasant beach.

Ramla Bay, which literally means “red beach”, is considered to be the most beautiful beach in Gozo and one of the best beaches in Malta. Located in the north of the island, the beach has retained its wild character and is distinguished by the colour of the sand which varies from copper to bright orange during the day. In the middle of the beach you can find the statue of the Virgin Mary which was erected in the middle of the bay in 1881 to protect swimmers and sailors.

Don’t forget to visit the famous Calypso’s Cave, legend has it that this is the cave where the beautiful nymph Calypso held Odysseus for seven years as a “prisoner of love” in Homer’s Odyssey. From this cave you will have a magnificent view of the whole valley.

Ghadira Beach or Mellieha Bay is located in the north of the island and is one of the largest beaches in Malta and one of the most popular. It is very well equipped and is ideal for relaxing after a trip to Popeye’s Village or a visit to Saint Agatha’s Tower better known as the Red Tower in Mellieħa Bay which was built as a signal post for communication with the towers of Gozo.

It is one of the best beaches in Malta for a perfect day at the beach with the whole family, equipped with sunbeds and umbrellas, attractions and games for children. You can have a refreshment at Munchies Mellieha Bay restaurant which has spectacular views and is very good value for money.

Golden Bay is one of the most popular sandy beaches in Malta. It is a beautiful golden sandy beach that is located 5 minutes walk from the other beautiful beach Ghajn Tuffieha Bay near the village of Manikata. The beach is surrounded by natural dunes and steep cliffs, on which stands the Għajn Tuffieħa Tower built by the Knights of Malta.

Golden Bay has obtained the status of Quality Beach, so it is considered as one of the best beaches in Malta. As we said before Golden Bay beach and Ghajn Tuffieha Bay are within walking distance from each other and you can enjoy one of the most beautiful sunsets in Malta or a romantic walk on this beautiful beach in Malta. In addition, the west-facing beach is regularly subject to small waves of between 30 cm and 1 meter. It is one of the only beaches in Malta where surfing is possible on rare occasions.

Armier Bay, located at the northern end of the island, offers three small sandy beaches: Armier Bay Beach, White Tower Bay and between them the Little Armier beach. These are the small beaches less frequented by tourists and offering more tranquility, they are the favorite beaches of the locals. You will also find many restaurants and services (sun lounger and umbrella rentals etc.) at more affordable prices than the other beaches in our ranking of the most beautiful beaches in Malta.

Paradise Bay is located in the north of the island, it is a small bay with a beautiful sandy beach. A perfect place to enjoy a day at the beach in peace and quiet. It is a short distance from Cirkewwa, from where it is possible to take the ferry to Gozo. Paradise Bay is ideal for snorkeling. The water is clear and the beach is surrounded by rocks, so it is easy to see the fish.

Hondoq Ir-Rummien, a small lagoon with a crystal clear beach on the south coast of the island of Gozo, near the village of Qala. The bay is just opposite the island of Comino, you can enjoy the beautiful sea views. The sea on this beach is considered to be the cleanest and clearest in all of Malta and Gozo. It is also very popular with snorkeling enthusiasts because of its deep waters and small caves to explore at water level. It is one of the beaches where locals often barbecue and enjoy the cool sea breeze after a hot summer day.

Gnejna Bay, a beautiful bay with a sandy beach near Golden Bay and Ghajn Tuffieha Bay. It is less big than Riviera Beach, but you can find a parking lot right in front of the beach. But we recommend you to do some trekking around because this area is super beautiful.

A secluded part of the coast below the steep cliff on the north side of the bay is a popular little hideaway for nudists, although nudism is illegal in Malta and is frowned upon by the conservative population.

The beach is located just below the liveliest area of St. Julian’s, Malta. A small bay that has a certain charm, but is invaded by young students from English schools during the day and party people at night. A beach that we do not recommend for families and children.

Frequently asked questions about the beaches in Malta (FAQ)

What is the largest beach in Malta?

The beach of Mellieħa Bay (Ghadira Bay) is the largest beach in Malta. It is almost 600 meters long and can accommodate thousands of tourists.

Which part of Malta has the most beautiful beaches?

Malta’s most beautiful beaches are mainly in the north of the island. The famous Riviera Beach and Golden Bay are to the northwest, Mellieħa Bay is to the northeast and the beaches of Little Armier Beach and Paradise Bay at the northern end of the main island, within easy reach of the Ferry to Gozo.

What does the purple bathroom flag mean?

The purple flag signals the presence of dangerous marine animals. The purple flag is mainly raised on the beaches of Malta when there are jellyfish in the bathing areas. Some jellyfish, such as the “Mauve Stinger”, the “The Portuguese man o’ war” or the “Aurelia aurita” are very painful and can leave serious burns. It is not advisable to swim when the purple flag is visible.

Which are the beaches in Malta with supervised swimming?

Are there any sharks in Malta?

There are 36 species of sharks present in Maltese waters, including hammerheads, blue sharks and the famous great white shark. There have been no shark attacks for over 50 years and sharks stay away from Malta’s beaches. 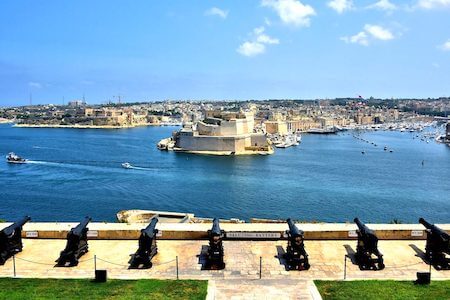 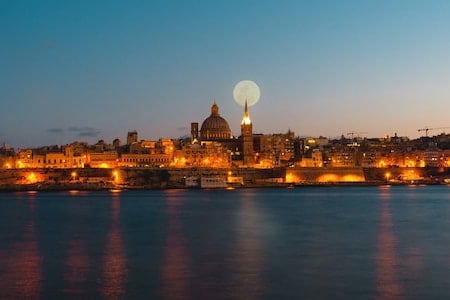 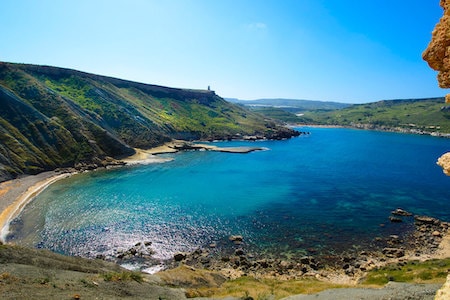